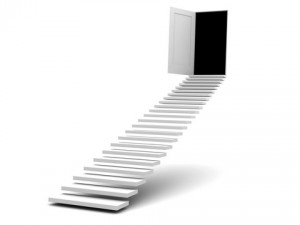 Raised from a coma

May 19, 2009 | by John Hemans | In Miraculous Healing & Miracles⋅Supernatural

Raised from a coma through prayer!

Our church has been involved in the last 2 weeks in something truly miraculous!

My ex-wife who lives in Western Australia had become very ill with flu over a matter of some weeks. While attending hospital to have a minor treatment she collapsed and was subsequently diagnosed with a very serious case of pneumonia.

The doctors responsible for her care put her into a drug-induced coma, and began to contact her family because they did not expect her to live. As her immediate family began to gather from all over the state where she lives, my daughter Lisa called me to let me know the situation, and I promised her I would gather our church to pray. This was on Saturday 9th May.

The situation was so serious that the doctors did not expect her to survive.

On Sunday 10th May (Mother’s day) I was rostered to preach at our church, and I began by explaining the situation to our church, and we then all entered into intercession, that God would intervene.

My wife Kerry had a vision as she was praying of Jesus kneeling over a prone figure and raising her up, and this sparked faith in us that God was going to answer in a wonderful way.

After church I called Lisa, and she reported that at the time we were praying, her mother’s highly elevated temperature came down to normal, but she could still not breathe un-assisted and was still in a coma.

A week went by with no change, and then the following Sunday I again called the church to pray during the Sunday morning service.

I felt a powerful presence of the Lord as we prayed, and something in my heart was telling me that God was going to respond in a marvellous way.

I got out of church and called Lisa – she had also been at church that morning and her church was praying too – within half an hour of church finishing she got a call from the hospital that her mother had started breathing un-assisted, and the doctors subsequently brought her out of the coma, removed her IV tubes and breathing assistance, and she was in recovery!!!