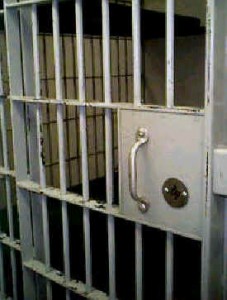 Sometimes things happen in our ministry that are completely unexpected, and leave Kerry and I just looking at each other, shaking our heads and saying “Did that really just happen?”

Today was definitely one of those days – we minister in one of Sydney’s women’s correctional centres on a regular basis, and today we were taking a chapel service.

We hadn’t even started the service – in fact the girls were still coming in to the chapel, when a young lady (one of the inmates), came up to us and said “I’ve been thinking about this for a while – I want to give my life to Jesus”.

I could tell that she was completely serious and had really thought through her decision, and right there and then, before even starting the service, we led her through the sinner’s prayer, and later in the service she testified in tears about the wonder of finding forgiveness from the Lord.

The chapel was full, with many women there who had not come to chapel before at all, or had not been for a long time and as we worshipped and testified many tears were shed, as God’s power was released.

Kerry and I were sharing about two aspects of God’s righteousness – that God will always stand up for his people, and how we are the righteousness of God in Him (2 Corinthians 5:21).

I shared my testimony, and how it still amazes me that God reached down and saved me from the life I was leading, and how He always sees me through the blood of Jesus – saved, forgiven, with my sins placed further from me than the east is from the west – righteous!

I found out after the service had ended that an astounding thing had happened. There was another young inmate there whose only language is Spanish. She had previously requested to be part of a Kairos course, but the language barrier was such that they had to bring in an interpreter for her as she cannot understand more than a few rudimentary words of English.

Just after I started to share my testimony, she spoke to the chaplain and said “that man is speaking Spanish – I can understand what he is saying”(!)

Even as I type this I am amazed – I don’t speak more than maybe 15 words of Spanish, but this woman with such a thirst for the Lord was able to hear and understand what I said in English in her own language – praise God!

We left the prison with such a sense of God’s power and grace, and above all his love for people that need Him so much!