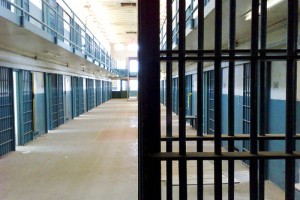 This past Sunday Kerry and I were ministering at Dyllwinia Women’s Correctional Centre, here in Sydney – it was a fantastic day and the Lord really blessed the two meetings.

We had four of the girls make first time decisions for Christ, another re-committed her life to the Lord, and several other women we prayed for were deeply touched by the Holy Spirit.

I shared briefly on Joseph and his prison experience, and how God allows us to go through difficult situations sometimes, in order to bring out more of His character so He can use us – it is all for our good, and for His glory!

In Joseph’s case, he had been brought up as his Dad’s favourite, spoilt and given preferential treatment, making him vain and boastful.
God gave him two visions, both of which showed his family bowing down before him. Even though his brothers resented him and his favoured position in the family, he was insensitive enough to brag to them about his prophetic visions.

What struck me about this was that God was trying to get a message to Joseph, but he obviously wasn’t listening. All he could see was his own glory – his family bowing and scraping before him – he never stopped to consider why his family might be bowing before him, or why God was showing him this vision, or how God wanted to use this situation.

His boasting about this to his brothers set in motion a chain of events that ended with him imprisoned in Egypt, and yet, years later, God used Joseph’s ability to correctly interpret the dreams and visions that God released to him to bring him out of his captivity into a place where God could release his destiny to him.

The difference was that when his vision eventually became a reality, all his boasting and vanity had been wiped away by the experiences he had been through, and God was able to use him to bring deliverance from famine not just to his family, but to an entire nation – Hallelujah!

For more info on our ministry… http://www.unchained-ministries.com

Healing Reign moves to Light Horse Park on May 7 2016